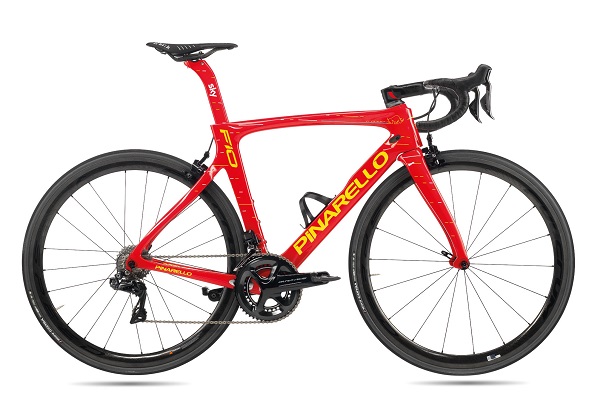 Pinarello presents the Dogma F10 King of Spain, celebrating the first victory at the Vuelta a España 2017 for Chris Froome.

As he always does, Fausto Pinarello flew to Madrid on September 9th to deliver to Chris Froome his special Dogma F10 red and yellow, celebrating also the historical Tour-Vuelta double. A color inspired by the red jersey and by the Spanish flag, that turned immediately into a huge success during the last stage.

So three new colors inspired by Froome’s bike have been introduced, to celebrate further this victory and offer the possibility to all cycling enthusiasts to choose a real collector’s F10.

The Dogma F10 King of Spain can be ordered from today, and the first deliveries are expected at the end of november.

The frame is UCI approved, to be used in all competitions.

for the second bottle