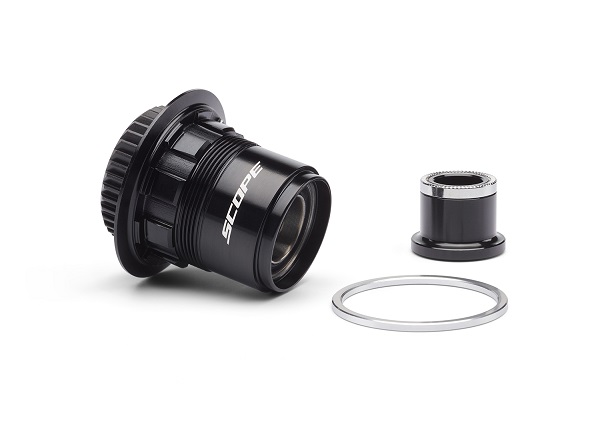 SRAM developed the AXS platform to provide its customers with more options when choosing a groupset for their bikes. To runa SRAM 12spd eTap AXS groupset a new freehub body is required, however.

Due to the specific built of its R series and O2 hubs, Scope has developed two XDR freehub bodies. Both feature a 1.85mm wider interface than the existing two XD models and come with a spacer ring to allow for the mounting of both SRAM 12spd XDR as well as 11spd XD and 12spd XD cassettes. The R series XDR freehub body features a different engagement system than the O2 XDR freehub body. They are not interchangeable.

The Scope XDR freehub bodies will be available from the end of March for 69,00 EUR.