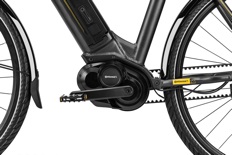 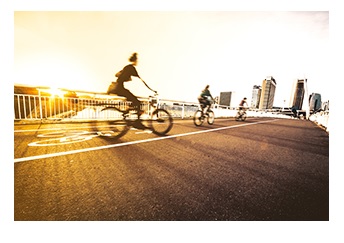 Technology company Continental continuously works to develop solutions for an emission-free future and has now expanded its portfolio with the addition of a new 48-volt electric drive with automatic transmission for e-bikes. 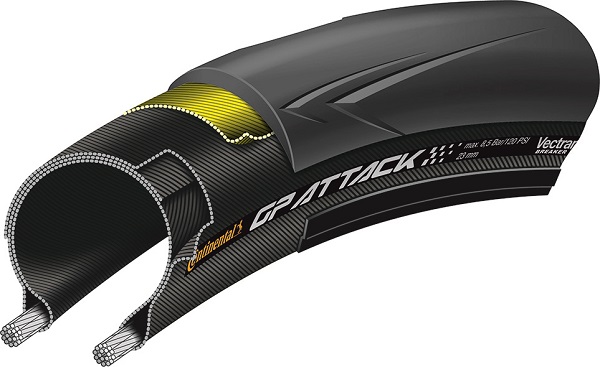 “Handmade in Germany” – with eleven of the eighteen UCI World Tour teams now riding on Continental, more athletes than ever before are trusting in “deutsche Technik” bike tyres from Korbach, Germany. For us this is both a compliment and at the same time incitement to continuously improve our tyres.

More and more manufacturers are using toothed belt drives for their premium models.

With the CDS cargo product line, Continental is presenting a special belt drive variant developed for e-cargo bikes, and is thus improving the everyday suitability of electrically powered cargo bikes in particular.

A Bluetooth display with a smartphone app, fully integrated downtube battery, and toothed pulleys made from a combination of metal and plastic – the drive specialists from Continental are bringing plenty of innovations to Eurobike 2015 (hall A6, stand 301). The focus will be on the upgraded Conti eBike System (CeBS) and the Conti Drive System (CDS) with maintenance-free timing belts, which are now also available in an „Eco" version. „Two-wheelers will play an important role in the mobility concept of the future. That's why Continental is committed to this market as not only a component supplier but also a development partner and system supplier," says Regina Arning, who is in charge of drive systems for bicycles, eBikes and pedelecs at Continental. „At Eurobike, many manufacturers are exhibiting bicycles and eBikes equipped with our systems."

The Conti eBike System for eBikes and pedelecs now includes a battery version to make the system as universal as possible for manufacturers. Alongside a rear rack battery and downtube battery, the system now also features a fully integrated downtube battery. This consists of a specially developed downtube frame element accommodating a battery, battery management system and motor adapter along with a central motor, which manufacturers can easily integrate in their frames. The system is suitable both for everyday city bikes and for sporty MTBs and trekking bikes. Development partner Rose Bikes GmbH is presenting the first MTB with the Conti eBike System featuring the new fully integrated downtube battery from Continental at Eurobike (hall B3, stand 108).

Also new is the Bluetooth display, which communicates with a smartphone app specially designed for the Continental drive system and so can utilize the smartphone's computing power. This allows additional functions to be used and, for example, ranges to be measured more accurately. A new, compact, five-key control unit can be unobtrusively attached to the handlebars and easily adapted for left- or right-handed cyclists.

Conti Drive System: The trend now is toward belts, not chains

The Conti Drive System, which consists of belt pulleys and a maintenance-free timing belt, is seeing rapidly growing interest among manufacturers and demanding cyclists. Thanks to its method of construction, it only needs low belt tension, which in turn makes pedaling and cycling easier. For Eurobike, Continental is launching an „Eco" version of the belt drive, which uses toothed pulleys made from a pure plastic compound or a combination of metal and high-quality plastic instead of aluminum and stainless steel. This allows the system to be used on bicycles in the lower-priced segment, too.

Numerous OEM customers with own CeBS / CDS models at Eurobike

At Eurobike, around 30 manufacturers are showcasing bicycles featuring the Conti Drive System. The Continental Two-Wheel Tires business unit is also represented at Eurobike, where they will be presenting their innovations in hall B1, stand 100.

These are the new Continental for 2014

One of the novelties by Continental for 2013 is the new Speed King 2.2 clincher. The new tire is designed for maximum speed and smoothness on hard and compact surfaces.

The new Continental tubular Attack Comp and Force Comp introduce new technology in this area, with a differentiation in tread width, more up in the front and wider at the rear.

Continental has expanded its range of products for the Cyclocross and the 2013 presents the new Continental Mountain King CX model for muddy roads.

Many innovations by Continental for 2013, already anticipated some.

A multi-purpose tire, safe and with great comfort

In the new 2012 Continental range is the new CruiseContact designed for city bikes, trekking bikes, mountain bikes and tourism.