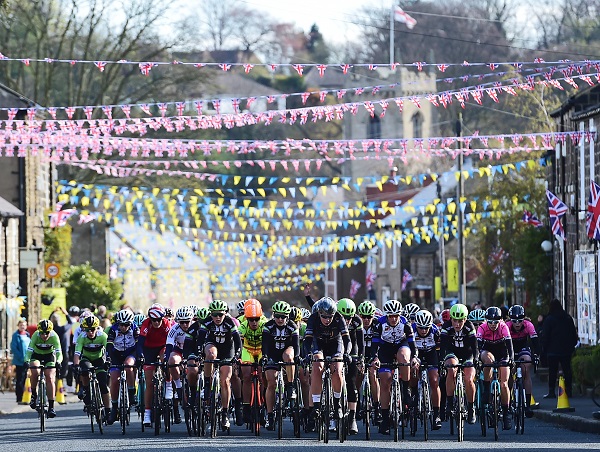 With just over a month to go until the 2017 Tour de Yorkshire, organisers have revealed a record 36 men’s and women’s teams will compete in the race, up from 33 in 2016.

For the first time the number of women’s and men’s teams taking part will be the same.

Welcome to Yorkshire Chief Executive Sir Gary Verity made the announcement at Y17 - the UK’s largest tourism conference - in York on Tuesday morning and confirmed that ten teams will be taking part for the very first time.

The Asda Women’s Tour de Yorkshire on Saturday 29 April also boasts a stellar field with a record number of 18 teams set to compete. 11 of the 14 top-ranked teams in the world will be in action alongside seven domestic squads.

Welcome to Yorkshire Chief Executive Sir Gary Verity said: “This is the largest field we have ever assembled and the quality of it reflects the high esteem in which our race is held.

“Having the very best teams in the business coming to Yorkshire is a massive coup, but it is also important to us that British-based teams have the opportunity to pit themselves against the world’s finest riders.

“Teams want to compete at the Tour de Yorkshire as they know they will be guaranteed massive crowds, exciting racing and an electric atmosphere. This year 49 teams applied to participate.

“Last year two million spectators lined the route and the third edition looks set to be the biggest and best one yet.”

Team line-ups will not be unveiled until mid-April, although Thomas Voeckler is back to defend his title and Lizzie Deignan (nee Armitstead) has also confirmed her attendance in her home county.

The full list of teams for the 2017 Tour de Yorkshire is as follows:

The full list of teams for the 2017 Asda Women’s Tour de Yorkshire is as follows:

It was also announced on Tuesday that the Asda Women’s Tour de Yorkshire has been shortlisted for the prestigious Women’s Sport Trust Awards in the Sponsor Partnership of the Year Award category.

The awards ceremony will take place at the Troxy venue in London on Thursday 11 May.