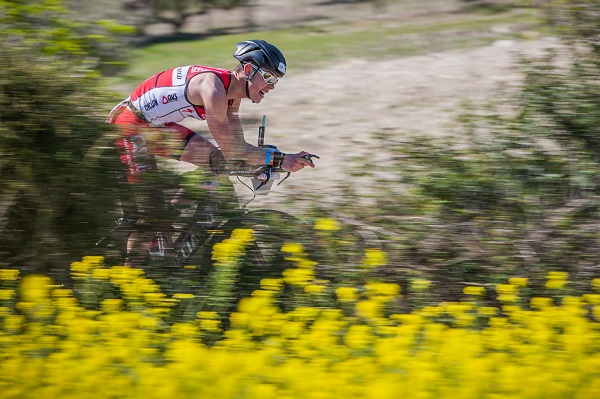 This Sunday is the unofficial kick off of the triathlon season in Europe with the 20th edition of one of the best triathlon events in Spain: Triathlon de Portocolom, in Mallorca. 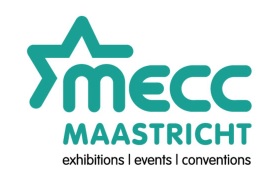 From 20 through 22 October, MECC Maastricht will be holding the Euro Cycling XP event as the ultimate way to close the cycling season, and kick off the winter mountain biking cyclo-cross season.

On Sunday 26 March, Fabian Cancellara will open the Continental Cycling Heroes Tour on the course of the Record Bank E3 Harelbeke. He is inviting the most avid amateur cyclists to follow him in his tracks on his favorite Flemish course.

With dual-sided measurement, comes a host of new data.

For the last 17 years PowerTap has been creating the best power meters to give cyclists the edge that they’ve been yearning for.

A More Affordable Way to Train with Controlled Resistance

On Sunday 26 March, the active cycling enthusiasts get the unique opportunity to cycle in the tracks of Fabian Cancellara on the course of “his” E3 Harelbeke. The Fabian Cancellara Classic will be the opener of the brand new Continental Cycling Heroes Tour.

The Union Cycliste Internationale (UCI) today confirms that it has tested extensively for technological fraud on this year’s Tour de France. Tests have all been carried out unannounced, prior, during or after racing, throughout the 21 stages of the three-week event. All checks have been negative.

3,773 tests have been performed using magnetic resistance technology. Since first deploying this new scanning method in January, the UCI has tested more than 10,000 bikes at many races in different disciplines and in different gender and age categories. It is with this method that the only case of technological fraud to date was detected at the 2016 UCI Cyclo-cross World Championships in Heusden-Zolder (Belgium). The discovery of a concealed engine in one of the bikes of Femke Van den Driessche later led to the rider being imposed a six-year ban and a significant fine by the UCI Disciplinary Commission.

To both assess their performance and to ensure a varied and unpredictable testing protocol, the UCI has also used supplementary methods of detection at the Tour, such as thermal imaging and X-rays. All additional tests verified the results obtained using magnetic resistance technology.

UCI President Brian Cookson said: “I want to thank the UCI staff for its hard work and dedication in testing so many bikes over the past three weeks. This demonstrates our absolute commitment to leave no stone unturned in a matter that if not tackled properly, could seriously damage the renewed reputation of cycling. I would also like to thank the riders, the teams, the organiser of this year’s Tour, as well as the French police – in particular the Office Central de la Lutte contre les Atteintes à l’Environnement et à la Santé Publique (OCLAESP) – for their co-operation and support. We will continue to test bikes heavily throughout the rest of the season, and do everything in our power to make sure this form of cheating stays out of our sport”.

The Union Cycliste Internationale (UCI) and sportswear manufacturer Santini today announced that they have renewed their longstanding partnership for a further four years, from 2017-2020.

The announcement was made during the UCI Junior Track Cycling World Championships being held at the UCI World Cycling Centre (WCC) in Aigle, Switzerland. During the five-day event, 19 titles of UCI Junior World Champion are being awarded to the upcoming generation of Elite track cyclists, with all winners receiving the famous rainbow jersey created exclusively by Santini.

The Bergamo-based Italian clothing brand and the UCI have collaborated since 1988. Under the renewed agreement, Santini will continue as official supplier of UCI World Cup leader jerseys and UCI World Champion jerseys for the disciplines of road, track, mountain bike, cyclo-cross, indoor cycling and para-cycling. In addition, it will supply the protocol jerseys for the UCI Women’s WorldTour.

Santini is also a supporter of the UCI World Cycling Centre (WCC), that each year provides professional coaching and training facilities for more than 100 athletes from all over the world. Santini is one of several companies that supports the UCI WCC’s initiatives to help talented young athletes in different cycling disciplines realise their full potential and fulfil their dreams.

UCI President Brian Cookson welcomed the continued partnership with one of the UCI’s most longstanding supporters: “The world’s best cyclists have been wearing Santini cycling clothing for many years, and this excellent quality brand has become synonymous with the excellence demonstrated by our riders. It is fitting that we announce this renewed partnership during the UCI Junior Track Cycling World Championships, where our Junior UCI World Champions will be awarded with the iconic rainbow jersey.”

Monica Santini, CEO of Santini Maglificio Sportivo said: "We are delighted with this collaboration which is renewed with the highest institution in the cycling world. Our relationship with the UCI represents a fundamental chapter in the company and family history of Santini, who for almost thirty years has dressed the world's best athletes in many disciplines, from road cycling to track, from cyclo-cross to mountain bike".

EUROBIKE MEDIA DAYS, a successful new platform by the organizers of EUROBIKE, has continued its rise in its second edition. From June 28 to 30, 2016, the town of Kirchberg in Tirol saw 24 sports-oriented complete bike manufacturers covering 27 brands meet with 210 selected representatives of specialist media outlets from 20 countries. Enjoying perfect biking conditions, they tested world debut products from many top manufacturers.